If you are familiar with Coca Cola's #KissHappiness and #ShareaKiss campaign, you probably know that it is an endless source of hilarious memes, as well as a great mess in all grocery stores (since it makes people dig around to find specific names, and spill bottles everywhere).
Well, the campaign has now hit Hungary:

Fail No. 1: It is impossible to translate
Since Hungarian language changes the form of the subject of a sentence, instead of just putting names/words on the bottles, they would have to put their subject forms, and that's not fun for anyone. (Example: Instead of "Csenge" which is my name, the bottle would say "Csengével"). So now the slogan in Hungarian says: "A kiss for you too, [...]" It sounds awkward.

Fail No. 2: People tried to be creative
After five minutes of browsing bottles in the store, I have come across the following options for people to share a kiss with: 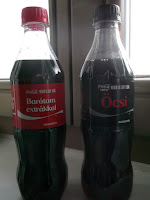 Little Brother (right) (Lannister much?)
Ex (stay out of my personal life, Coke)
Friend with benefits (left) (my mom paid for this one with my father's card)
Mr. Trainer (isn't that a conflict of interest?)
Spori (I have no clue what this means, it's not a name and not even a word)
Stranger (now that's just creepy)

UPDATE:
Another trip to the store yielded more results. They are (from left to right):
Miss No Filter (in English, because it doesn't exist in Hungarian)
Bébibogyó (Babyberry - it's a pet name thing)
Gólkirály (Goal king - it's a soccer thing)
Bro (Bro)
Exem (my ex)
Flúgos (Idiot)
Kommentbajnok (comment champion - the guys in Marketing know the Internet!!) 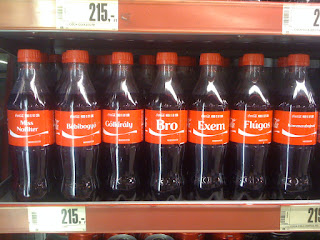 On the upside, we already have a meme version of the poster that says "I have kissed Viktor"
Because our glorious leader needs to be on every wall. 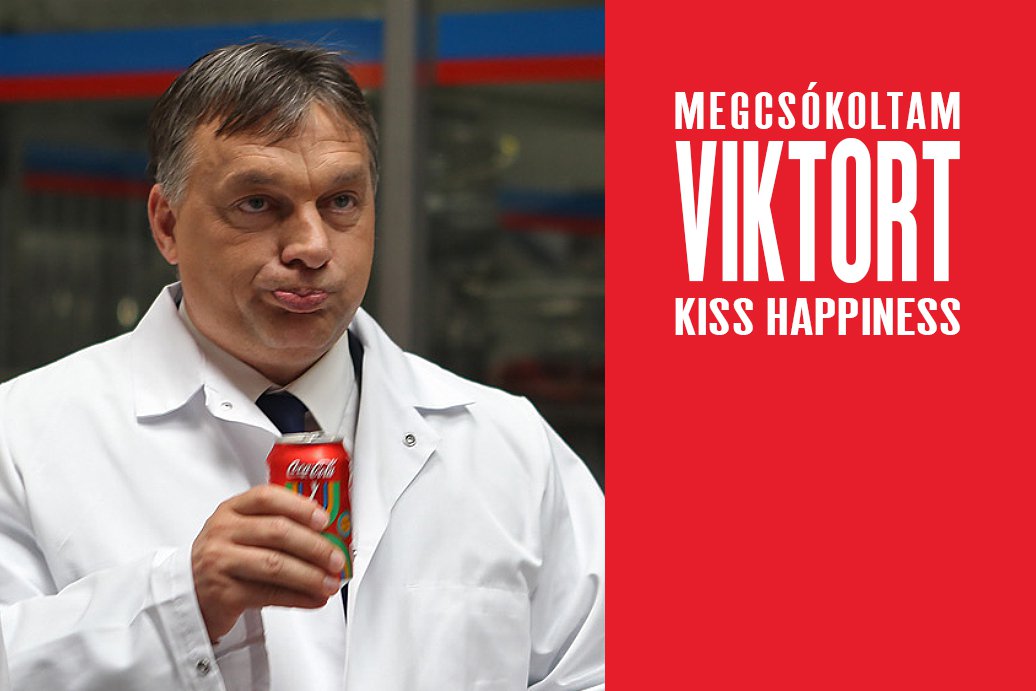 I am back from a storytelling conference in Greece, so I finally have time to continue posting MopDog Monday. Thank you for your patience!

Those who followed my blog during this year's A to Z probably got the idea that a lot of medieval Hungarian history has to do with the Turkish wars. There are still many places in the country that carry the signs of Ottoman occupation: We have mosques, Turkish era baths, minarets, and of course tales and legends. This is especially true in Southern Hungary. Recently I took a trip with my family to those parts (my mother's side of the family is from there), and visited some places that were too great not to mention. Especially because, although it was a weekend, we barely saw any tourists around.
So, in case you ever get the chance to come to Hungary, and you want to see things outside of Budapest, here are my top 3 choices for the Southwest:

Pécs
A large and very beautiful city, proud of its cultural events. The most well-known attraction is the mosque of Pasha Quasim, commonly referred to in Hungarian as the Djami. It is beautifully restored. Pécs also has one of our UNESCO World Heritage sites: The early Christian cemetery, filled with Roman era Christian mausoleums, with wall paintings, all encompassed within one brand new museum building.

Siklós
A castle that saw a lot of fighting over the centuries, and has been restored to its full glory recently. It is well worth a visit; the view from the walls is amazing, there are great exhibitions inside, a Gothic chapel, and there is even a rose garden that belonged to a famous lady in the era of the Turkish wars. At the bottom of the hill below the castle, there is another mosque, still in use by the local Bosnian community, and restored and furnished with the help of the Turkish government after spending a couple of centuries as a barn.

Szigetvár
An important site in Hungarian history: Our most famous Baroque epic is written about the siege of Sziget in 1566. It was a swamp castle during the Turkish wars. The Hungarian defenders fought to the very last, and then broke out of the inner castle in a heroic last stand, and all perished in the fight (dear Peter Jackson, please take note). Incidentally, the Turkish sultan also died during the siege in his tent; the two great military leaders, facing off to the death, never got to meet on the battlefield, but they both died on it. There is now a monument commemorating both of them, and the castle is being restored with a park, a walkway, a museum, and the mosque that the Turks built inside. It is very peaceful now, and the surrounding town is nice too.

It is interesting to visit these places and reflect on history. A lot of our history and folklore has to do with the fight to the death against the Ottoman Empire; and yet, in the distance of centuries, now we get to admire Turkish culture, marvel at their architecture and art, and respect their side of the story as well.
Posted by A Tarkabarka Hölgy at 5:23 AM 3 comments:

Disclaimer up front: Most of these place names don't mean what you think they mean. When they were named, the words probably meant something entirely different - the meaning is just lost on our current generation, who uses the same words in a completely different context. Making them funny, weird, confusing, or downright hilarious.
Here is a short list of the weirdest town/village/city names in Hungary:
(For a bonus, try to answer "Where are you from?" with each)

Still on the topic of exotic sayings: Today, kids, we're going to learn how to threaten someone with a headbutt, the true Hungarian way.
These very creative threats have been the touchstone of linguistic invention for years. Their entire point is to promise a seriously painful headbutt to your opponent in a way that will go down in language and pop culture history. Now, repeat after me.

Honestly, the list goes on forever; some are more tasteful than others. Alternately, they can also be applied to describing painful accidents in an evocative way (as in, "I hit my head like...").

Now, go forth and practice.

Posted by A Tarkabarka Hölgy at 3:53 PM 2 comments: